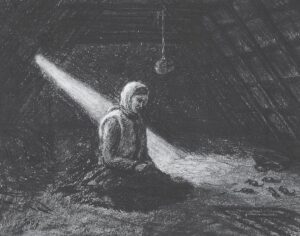 Two new exhibitions are opening at the Florida Holocaust Museum on Saturday, July 24, and effective July 28, the museum will be expanding the days and hours it is open.

After closing due to the pandemic, the museum began reopening on a limited schedule, allowing the public in only for a few hours on Fridays through Sundays, but as of July 28, the museum will be open on Wednesdays through Sundays from 10 a.m. to 5 p.m., with the last admission at 4 p.m. Those who wish to visit should go to www.TheFHM.org for ticketing information and other health and safety guidelines.

The two new exhibitions include “Her Response: Women Artists from the Permanent Collection,” featuring diverse artworks created by female artists, and “Jehovah’s Witnesses: Faith Under Fire,” which spotlights the persecution of Jehovah’s Witnesses during the Holocaust.

“Her Response: Women Artists from the Permanent Collection” is an original exhibit curated by museum Registrar and Exhibition Manager Victoria King-Taber. Artworks selected for this exhibition represent the diversity of art in the museum’s permanent collection, specifically those made by women artists. “As the Florida Holocaust Museum approaches its 30th anniversary, we wanted to highlight our significant collection of contemporary art and the powerful female artists that make up a majority of these artworks in the permanent collection,” said King-Taber. “Our first-ever exhibition of all-female artists features their unique backgrounds and offers thought-provoking perspectives through individual artistic responses to the Holocaust.” 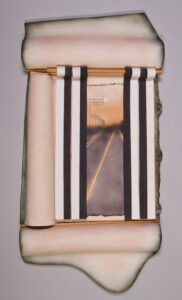 In 2018, the museum received a large donation from Lillian Fluek Finkler, daughter of artist and Holocaust Survivor Toby Knobel Fluek. Finkler donated 542 original paintings, drawings, charcoals, and sketches, plus other materials that include historical documents and photographs from her mother’s wartime experiences. “Her Response: Women Artists from the Permanent Collection” will be on display in the second-floor south gallery at the museum from July 24 to Dec. 26.

“Jehovah’s Witnesses: Faith Under Fire” will also be in the second-floor gallery, showing from July 24 to Jan. 2.

The exhibit tells the story of Jehovah’s Witnesses, a Christian community of 35,000 in Germany and occupied lands, who refused to conform to the Nazi ideology of hate. They suffered severely for their belief in nonviolence and their utter rejection of racism. Thrown into Nazi camps, they became eyewitnesses of Nazi genocide. The exhibit documents the story of Jehovah’s Witnesses in the Holocaust and provides an in-depth look at ordinary people who followed their conscience in the face of tyranny.