Yom Ha’Atzmaut: A day for all to celebrate Israel 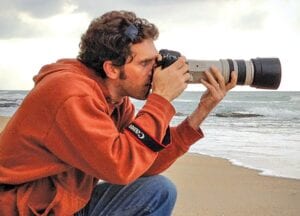 Israel’s Independence Day marks the creation of the modern State of Israel in 1948. Much like Americans celebrate the Fourth of July, Israelis honor Yom Ha’atzmaut with fireworks, barbecues and concerts. Outside of Israel, Jewish communities generally host their own celebrations.

Of course this year, with social distancing in place around the world, many communities, including the Tampa Bay area, will gather together virtually. The Tampa JCCs and Federation is calling its daylong events on Sunday, April 18, “Israel Through A Lens.”

The day will feature a nature pictorial of Israel, some Patch Adams-style clowning, a revealing view of kibbutz life in early Israel, a movie showcasing an Arab-Israeli food collaboration, and an all-star Jewish rock concert befitting the occasion of Israel’s 73rd anniversary.

All the programs are free.

“We are thrilled to be able to celebrate Israel with our community, and beyond Tampa Bay, with the help of our virtual cinema and platforms such as Zoom,” said Brandy Gold, Tampa JCCs and Federation’s Arts & Culture Director. “It is an extraordinary opportunity to be able to present a communal celebration such as ‘Israel Through A Lens,’ which showcases the many Israeli cultural opportunities that are available for us all to enjoy.” 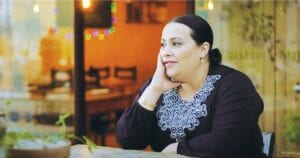 At 12:30 p.m., the day will kick off with famed Israeli photographer and educator Udi Goren as he takes viewers on a magnificently documented journey of the 700-mile long Israel National Trail that stretches from the country’s northern Lebanese border south to Eilat, on the Egyptian border.

The project brought Goren on multiple international speaking tours and culminated in the publication of his book, “A Walk of the Land: A Photographic Journey of the Israel National Trail.” At completion of the virtual montage, Goren will join participants in a Q & A session to discuss his journey, his photographs and celebrate the beauty of Israel.

At 1 p.m., participants will learn about Innovation Through Creative Medicine, which will present the medical clowns from Samson Assuta Ashdod Hospital; Ashdod is Tampa’s sister city in Israel. Learn the unique process of how medical clowns provide intensive care for the soul by deflecting anxiety and stress through the art of clowning around. Meet the clowns and senior physicians of Assuta Ashdod in this one-hour informative and interactive conversation.

At 2:15 p.m. meet Sara Gelbard, author of “The Sound of Her Voice,” as she presents the story of her experience growing up on one of the first kibbutzim in Israel and how she was forced to repress her individuality and the self-expression of a normal childhood. This book sensitively follows her personal journey through life from Israel to New York and Uruguay and gives voice to how she finally created a home for herself and in her heart and healed what she lost. Q & A will follow the presentation.

At 3:30 p.m., join the Jewish Rock Radio (JRR) All Star Yom Ha’atzmaut Celebration for the whole family. Decorate with balloons, dress the kids in blue and white and display your Israeli flags and sit down in your front row seat at home for the hourlong, action-packed concert.

JRR is producing the huge Yom Ha’atzmaut program that will be broadcast by communities throughout North America. The JRR All-Star Yom Ha’atzmaut Celebration will feature Israeli superstar David Broza, along with other Jewish musical performers: Josh Nelson, Chava Mirel, Nefesh Mountain, Rabbi Josh Warshawsky, Rick Recht, Shimon Smith, Laurie Akers and Rabbi Lisa Silverstein. Rounding out the concert will be teen and college students performing from Israel. Special guests will include Dan Shapiro, former US Ambassador to Israel and Eric Fingerhut, president and CEO of Jewish Federation of North America.

After the concert, wind down with the award-winning Israeli film “Breaking Bread” with the subtitle – “Hummus has No Borders.” The movie download will be available for 24 hours beginning at 5 p.m. This is a perfect way to gather the family and enjoy a “delicious” film right before or after dinner.

The movie tells the story of Dr. Nof Atamna-Ismaeel, the first Muslim Arab to win Israel’s MasterChef, and her quest to make social change through food. Atamna-Ismaeel founded the A-sham Arabic Food Festival, where pairs of Arab and Jewish chefs collaborate on exotic dishes like keshek (a Syrian yogurt soup), and qatayef (a dessert typically served during Ramadan). “Breaking Bread” illustrates what happens when people focus on the person, rather than her religion; on the public, rather than the politicians.

The day’s events are supported by the Israel Engagement Fund: A JCC Association of North America Program Accelerator and made possible by the generosity of several committed donors.

Go to www.jewishtampa.com/IID for detailed information and how to receive the link for each event along with other fun activities and tidbits on how to celebrate Israel safely this year.